Currently, Žerotín, a.s. grows vines on 87 hectares of southern and south-eastern slopes in the foothills of the White Carpathians, where the grapes reach the highest quality on clay loam soils with a high content of calcium and skeletal parts. The principle that quality wine is produced in the vineyard is also valid here, which is why we process only our own grapes, and only from the best vineyards. In the premises of the renovated wine cellar in Strážnice we offer our guests the opportunity to get to know the quality of our wines in the form of guided tastings.

At the exit from Strážnice, 300 m on the right side after the railway crossing. From the direction of Veselí nad Moravou , on the left side next to the WM footwear hall 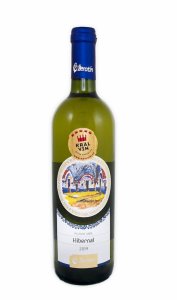 Ryzlink rýnský
All wines from the winemaker
Go to e-shop

Žerotín Winery continues the rich tradition of grape growing in the Strážnice region. The first written records date back to 1417, when Mr. Petr of Kravař, the then owner of the Strážnice estate, issued a mining law. The name of the company Žerotín is derived from the name of the Žerotín family, during whose reign in the 16th century winemaking in this part of Moravia flourished to the greatest extent. At present, we continue the wine-making traditions of the region by participating in the activities of the "Vinaři Strážnicka". Our vineyards are located on the southern and south-eastern slopes of the municipalities of Petrov, Sudoměřice and the town of Strážnice. The area of the vineyards is 88 ha. The winery produces only wines from its own grapes. The production itself is conducted in the spirit of fast, yet gentle processing of grapes, which is made possible by the most modern technological equipment. We use a modern pneumatic press with a closed system, where we let the aromatic grape varieties "lie down", the fermentation takes place in stainless steel vessels under controlled temperature. For red wines, apple-milk fermentation is a matter of course, where we then use historic wooden barrels for aging. Some wines are finished in oak barriques. For special selections, we also use whole-grape pressing technology.