The variety comes from Burgundy, France. Chardonnay is an exceptional quality white wine and is widespread almost all over the world. We can also find it in all subregions, especially in the Mikulov, Slovácko or Mělnicko regions.

Very full, in youth with more pronounced acids. In the taste we find fruit tones, fine tannins, but often the mineral character of the wine is also manifested. 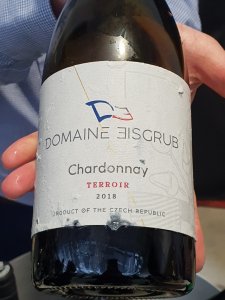 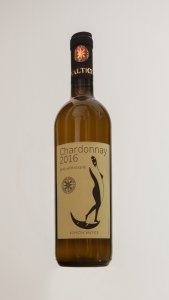 Chardonnay barrique (EGO No. 79)
All wines of this variety

4 % of total vineyard plantings.
Entered in the State Register of Grape Varieties in 1987.

This variety has its origins in Burgundy and most probably came about as a chance crossing (Pinot Noir x Heunisch), as has been confirmed by genetic analysis. The Heunisch variety was brought to western Europe by the Huns and was cultivated in all the European wine regions for its good growth and abundant harvest. It has a plethora of synonyms (in the Middle Ages it was known in this country as Běl Velká), although it gave light, watery wine. It is interesting to note that by crossing the Heunisch and Pinot Noir together a variety of such high quality was created.

Originally it was assumed to be a mutation of Pinot Blanc which is why it was known as Pinot Chardonnay or Gamay Blanc in France. In Styria in Austria it was called Morillon, and in Germany and Alsace Weisser Clevner. In this country it has been planted indiscriminately alongside Pinot Blanc since time immemorial. Currently it finds itself among the world\'s most fashionable white varieties which, alongside Sauvignon Blanc and Riesling, gives the most qualitative white wines in the world. It is the principal white variety of Burgundy, where in Chablis it gives a world-renowned wine of the same name, coming from hard calcareous clay (Kimmeridgian clay). On the chalky soils of Champagne it is the sole white constituent in Champagne. In a whole range of other French regions less celebrated wines of varied quality can be found. But Chardonnay is planted throughout western and eastern Europe, indeed throughout the world. California produces over 500 million bottles of wine of this variety annually and its horizons have broadened to encompass South America, Australia, New Zealand and South Africa.

The expression of these wines varies according to different climatic and soil conditions. In cooler climes it gives an admittedly fully-flavoured wine, though usually having a narrow edge and often steely acidity, in heavy soils the mineral character comes to the fore and it sometimes even exhibits green tones on the nose. Ageing potential is between 8-10 years. In cooler climatic conditions it is imperative to select only the very best sites, control the yield, pick at the last possible moment and choose the most suitable clones. It is therefore often used in the production of sparkling wines (such as Champagne). When the harvest is controlled Chardonnay evokes green apples on the nose which after ageing evolve into grapefruit, honey, acacia, pears, lemon and finally hazelnut. During vinification in barriques it takes on a toasty aroma.

Chardonnays from warmer climates have a tropical character and nose of mango, sour cream, bananas, pineapple, honeydew melon and even honey as well as caramel and possibly toasted barrique. Such wines age rapidly and achieve optimum maturity in 3-5 years.

To obtain maximum quality from the Chardonnay grape it is imperative to work only with well-ripened grapes and make dry wines with a higher alcohol content. Residual sugar amplifies the wine’s characteristics in an unpleasant way. Best wines make an excellent choice to accompany celebratory occasions, or go with dishes of white meat, cream sauces, paté and sea food.

Greenish-yellow turning to a golden colour, from cooler climates a nose of green apples, with notes of acacia, in more mature wines one can detect honey and hazelnuts, the palate displays a mineral flinty character. Wines from warmer climates are creamy and display fruity notes reminiscent of mango, banana, pineapple, yellow melon. The wine is always very full, sometimes with expressive acidity when youthful.