Gewürztraminer or Traminer rot is white wine. More precisely, it is a variety of white wine. So why is it called red? This is due to the reddish colour of the grapes. It is grown in all sub-areas, most of which can be found in the Velkopavlovice, Bzenec, Mikulov or Čáslav or Most regions. As with Pálava, Traminer will show its beauty, aroma and spiciness especially in the dry version.

Distinctive, rich and spicy, with tones of exotic fruits, sweet spices or flowers. 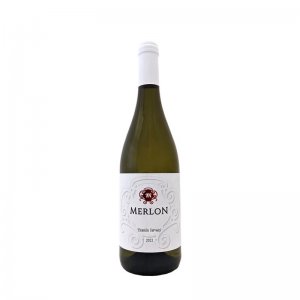 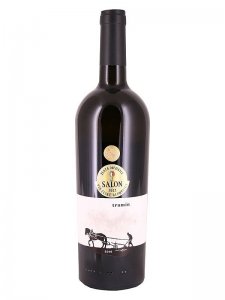 Synonymum: Tramín, Gewürztraminer
3% of total vineyard plantings.
Entered in the State Register of Grape Varieties in 1941.

Wines of the Gewurztraminer have a more intense hue than is normal for white wines - they are golden-green or golden-yellow.

This is one of the oldest cultivated grape varieties and genetically is very closely related to the wild-growing forest grape. Its origins may well lie in a chance crossing of this with some ancient cultivar grown by the Romans. Its German name means Spicy Traminer. Synonyms: Gewürztraminer, Roter Traminer or just Traminer. In France it is the Savagnin Rosé or Gentil Rosé, in Hungary Piros Tramini, in the Balkans Traminac Crveni or Traminac Mirisavi. There is no difference between Roter (red) Traminer and Gewurz-(spicy)-Traminer as was previously supposed.

The Traminer grape variety has moderate to vigorous growth and dense dark-green foliage, with circular, scarcely divided leaves which have a somewhat rough surface. The bunches are small, in short conical formations, with tiny, slightly oval berries with very thick skins in which the many highly aromatic substances from which the variety takes its name are contained. The skins are red to greyish-red. Mutations can be found whose berries have greenish-yellow skins (e.g. White Traminer was grown in abundance in this country during the Middle Ages under the name of Brynšt, while in the French Arbois and Jura regions it is still used for making vin jaune - yellow wine - under the name Savignin), or else they may even have golden-yellow skins (Golden or Muscat Traminer and Savagnin Blanc Musqué).

The wood of the Traminer matures very well and its resistance to frost is high. Resitance to fungal diseases is also good. The variety demands the best vineyard positions and requires deep, nutrient-rich soils from which it produces its most aromatic wines. When there is rainy weather during flowering it is susceptible to a condition known as coulure. Ripening is medium to late and the grapes contain high concentrations of natural sugar while the acidity has a tendency to decrease. This is the reason why in some regions the harvest is done in two stages, picking part of the crop earlier, so that the acidity is conserved, and the rest later. Thereafter both cuvées are blended.

The basic aromas can be equated with those of the tea-rose, accompanied by shades of cinammon, orange blossom, citrus fruits, tea or honeysuckle.

Wines of the Gewurztraminer have a more intense hue than is normal for white wines - they are golden-green or golden-yellow. These rich, full-bodied wines, very often with a high content of unfermented natural sugars, have a quintessential richness, with an enticing perfume of spicy aromas alongside honeyed tinges and grapey undertones. Should the wine come from a suitably moderate harvest and well-ripened grapes then it will taste completely different than any other white wine. The basic aromas can be equated with those of the tea-rose, accompanied by shades of cinammon, orange blossom, citrus fruits, tea or honeysuckle.

Most Gewurztraminer wines have lesser or greater residual sugar content, which supports the typical aroma and taste. Wines have a long persistence and are not meant for routine drinking in large quantities, but rather require the right frame of mind and sufficient available time to enjoy the experience contemplatively.

The wines can be served deeply chilled as an aperitif.

The wines can be served deeply chilled as an aperitif. They are also well-suited as a post-prandial digestif. And they can properly be matched with a select few dishes that can stand up to them, especially patés of foie gras. In France they are also often served with goose or duck delicacies and sheep\'s or goat\'s cheese at the conclusion of a meal. Dry Gewurztraminers can well be recommended to accompany highly spiced exotic dishes of oriental cuisine.

Golden-yellow in colour, with an expressive honeyed and grapey nose with whiffs of aromatic substances and of tea-rose and, through bottle-ageing, even cinnamon and orange, occasionally honeysuckle. The wine is very full-bodied with higher viscosity and its balance and harmony are based on its having a lower level of acidity often combined with a high residual-sugar content.