It is said that Pinot Noir came to us in the 14th century during the reign of Charles IV. However, the authenticity of this information has never been proven. In our country, it is grown in all wine-growing subregions, the most widespread is in the Velkopavlovice and Mikulov regions. Pinot Noir from the vicinity of Mělník, Litoměřice, in Moravia from the Bzenecko and Mutěnice regions are excellent.

Elegant, rich, but at the same time delicate. Young wines have a spicy acidity that softens with age. 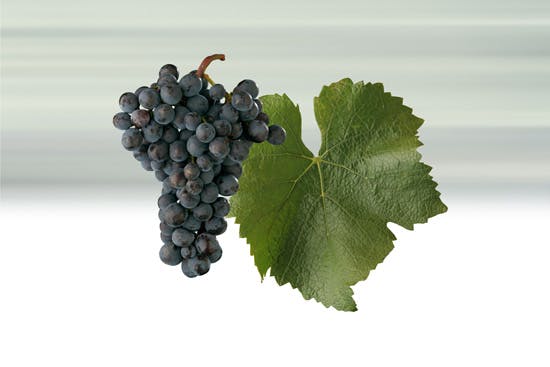 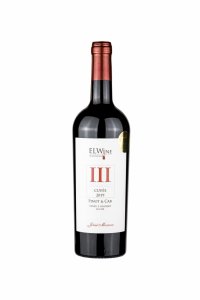 Synonymum: Pinot Noir (4% of the total vineyard plantings).
Entered in the State Register of Grape Varieties 1941.

Red wines of Pinot Noir are served in balloon-type glasses, similar to those for cognac.

Similar to Chardonnay this Burgundian variety has become very widespread throughout the entire world. Almost everywhere is takes a name similar to the original French Pinot Noir; Pinot Nero in Italy, Spätburgunder in Germany, Blauer Burgunder in Austria, Burgundac Crni in the Balkans and Kisburgundi in Hungary. The original name in this country is Roučí modré. The French term Pinot comes down from the word Pin = Pine Cone, due to its small berries, reminiscent of coniferous cones.

In the genotype of the variety the parents in this chance crossing are documented as being Pinot Meunier and Traminer. The variety was brought to the Czech Lands by the Holy Roman Emperor and King of Bohemia, Charles IV. He planted it around the town of Mělník, about 30 km north of Prague, where it thrives to this day. Along with the Burgundian varieties he also must have brought Burgundian advisers, as is apparent from the same walling and terracing system of vineyards, which are in typical Burgundy style. In one vineyard the stone terracing is inscribed with the words Chambertin 1348 indicating from where the vines came.

Pinot Noir has medium-large dark-green, moderately thick foliage. Bunches are small, tubular, three-lobed and dense. Berries are small, blue with delicate skins, which are susceptible to rot, which is why growers do their best to search out clones having less dense bunches. The flesh is somewhat dilute and flavoured with spiciness. The wood matures well. Frost-resistance is good, while resistance to fungal diseases is medium. Crop ripens well. Yields are regular and good. It requires the best positions; in loamy soils it gives wines of full, dark colour, while from gravel soils the wines are lighter, with a very smooth fragrance.

Wines of the Pinot Noir are very variable, and depend not only on the part of the world where they come from, but also on how they are handled by the winemaker. The majority are ruby in colour with a pale rim around the edge. The nose in young wines reminds one of raspberries, strawberries and, from very well ripened grapes, is more akin to black cherries. In mature wines one finds a hint of leather, wood smoke, of putrefying leaves, prunes and damson povidl. The palate in well-made wines can be immensely appealing due to the low-tannin content, with a velvety smoothness slipping down the throat, and an immense roundness, which in mature wines increases. Wines from good vintages are capable of long cellaring.

On the table they marry excellently with roasts, game and go perfectly with wild mushrooms or a range of mature cheeses.

Not only red wines are made from the Pinot Noir variety. In certain regions rosé wines are in vogue, either of Pinot Noir on its own or else mixed with Pinot Gris (Badisch Rotgold). The grape skins contain low colouring material, making it possible to obtain a colourless juice when gently pressing the whole bunches. This makes the Pinot Noir an integral ingredient in the base wine for cuvées in the production of Champagne, giving it backbone, with Chardonnay providing elegance and Pinot Meunier earlier maturity.

Red wines of Pinot Noir are served in balloon-type glasses, similar to those for cognac. As a rule, the older the wine, the more voluminous the glass should be. The glass should only be filled to a fifth or quarter of its volume so the wide surface area of the wine may be well aerated. Such wines go well without food, to be silently admired for their fragrant qualities, and may be appreciated during meditative sessions with friends. On the table they marry excellently with roasts, game and go perfectly with wild mushrooms or a range of mature cheeses.

Pale ruby to brick-red colour with a golden rim. Aromatic substances in young wines are those of strawberries, forest fruit, black cherries, and later express themselves as damsons, plum povidl, with a touch of leather, smoke or rotting leaves added. Acidity is soft as are the tannins.