Sauvignon belongs among the most popular three white wines together with the Chardonnay and Riesling varieties. It is assumed that it comes from the French region of Bordeaux or from the Loire region. The most typical Sauvignons can be found in the Znojmo or Mikulov region.

The colour of the wine of this variety is green-yellow.

In young wines we often find the smell of nettles or dandelion flowers, herbs or grass. The wines from well-ripened grapes have blackcurrant and gooseberry taste and a flavour mixture of lemons and kiwi or ripped peach flavour. 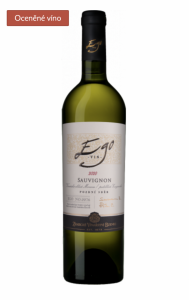 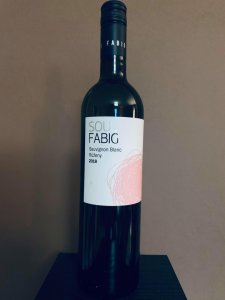 Sauvignon blanc
All wines of this variety

Synonymum: Sauvignon blanc
5.0% of the total vineyard plantings.
Entered in the State Register of Grape Varieties in 1952.

In all probability this variety comes from the French Bordeaux or Loire regions. New genetic tests show that it owes its existence to a random crossing between the Chenin Blanc and Traminer grape varieties. The French adjectival names Sauvignon Blanc or Sauvignon Jaune are necessary to differentiate it from the lesser-rated grapes of Sauvignon Vert or Sauvignonasse. Here and there mutations of Grey Sauvignon can be found, with their higher residual sugars and less pervasive aromatics, as well as the pink Sauvignon Rosé, which is less interesting. The German synonym is Muskat-Silvaner and sometimes in Austria Feigentraube (Fig-grape), which was once its name in this country. In all likelihood it arrived here under this moniker brought in by the Anabaptists.

In all probability this variety comes from the French Bordeaux or Loire regions.

When the French king, Henri IV of Navarre (1553-1610), was a babe in arms, his grandfather pacified his crying by pressing crushed garlic onto his lips and anointing them with wine made of Sauvignon. In his adulthood he became king and a great devotee of French wines, above all Sauvignon.

Sauvignon Blanc is a variety of vigorous growth, abundant foliage with smallish curly leaves. The bunches are small, cylindrical, thick, having small golden-green berries with full and distinctive aromatic flesh. Ripening is medium-late to late. However, with a relatively low resistance to frosts and fungal diseases, grey rot often attacks the berries as well as the stems.

Sauvignon Blanc should only ever be planted in the most protected positions with poorer soil, preferably of gravel. On fertile soils it grows much too vigorously. High humidity levels in both soil and air have a positive influence on the creation of aromatic substances.

Depending on the year, location, the time of harvest and on the vinification methods employed, Sauvignon Blanc gives rise to a wide variety of wine styles. In less favourable vintages in northerly climes and under the dampest conditions one is likely to find grassy, nettly, paprika tones on both nose and palate. With a higher degree of sunshine and better ripening the grapes take on fruity tones. Foremost among these are blackcurrant, gooseberry, kiwi and lemon zest, and then in softer and rounder wines peach, nectarine, and melon. In sweet late-harvest wines apricot, orange, pineapple and marzipan predominate. Wines emanting from the New World are laden with the exotic aromas of tropical fruit.

They are full and round, complex, often with a minerally taste.

From higher yielding harvests and poorer vintages wines from Sauvignon Blanc may be light and thin, but in the main one finds full wines, often with a mineral taste, especially those coming from flinty soils (Sancerre), or fuller-bodied wines from clayey soils, or having a filigree make-up from heavy soils and a rich play of aromas from calcareous soils. The intensity of aroma in young Sauvignons is very appealing. It is best perceived in Sauvignons from New Zealand, where its development is helped by high air humidity and the high number of sunny days with low average temperatures. The youthful tones are generally lost after maturing in bottle when the wine adopts the characteristics of bottle-ageing, with lower development and deeper colour tones. Aromatic and dry wines of Sauvignon are suitable as aperitif wines or to serve with cold starters. They go well with asparagus and goat\'s cheese. Fuller and more mature wines can go with spicy food, pasta with gorgonzola or seafood and cooked ham, white meat and cream sauces, etc.

Greenish-yellow colour, usually with emerging primary fragrances. For young wines from lesser vintages the nose heads towards nettles, freshly-mown grass and even green peppers. Wines from well-ripened grapes have a nose of blackcurrant, gooseberry, and a mixture of lemon and kiwi. They are full and round, complex, often with a minerally taste. They have a lingeringly long aftertaste.