Petr Marada Winery is a young winery founded in 2006 in Mikulčice. The philosophy of the winery is simple - the less the influence of the winemaker, the more space is left for the individuality of the wine. - Aging the wine over time - using only the necessary amount of SO2 - interesting soil profiles of individual vineyards - guided tastings in the original cellar. 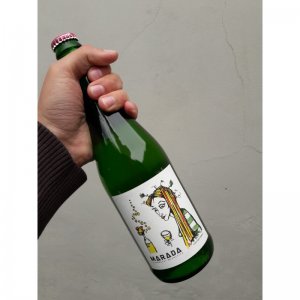 Ancvaj
All wines from the winemaker
Go to e-shop

Primate of the Slovácko Cymbal Music and graduate of the Faculty of Horticulture at the MZLU in Lednice Ing. Petr Marada founded his own winery in 2006. He farms young vineyards in Kněžské and Kukvička. He buys other raw materials from vineyard growers from the surrounding area, mainly from the Kukvička and Čtvrtky vineyards. The winery, with a production of around 15 000 bottles per year, has its facilities in a small production hall in a domestic environment. In production, Petr Marada mixes modern knowledge with traditional methods of vinification. He uses gentle pressing, sharp decalcification of musts, controlled fermentation for white wines, while red wines lie on fine lees for longer periods and undergo malolactic fermentation. Red wines are aged for at least six months in wooden barrels, with selected lots in barriques. Red wines aged for at least one year are bottled unfiltered. The winery specialises in appellation wines, but also offers young St Martin's wines on the one hand and straw wines on the other. From the cellar, Peter Marada's production is available in two basic lines, Grand Line (earthy and quality wines) and Premium Line (attribute wines) in the price range of 80-150 crowns, specialties are more expensive. Through contractual partners, the wines appear in wine shops and catering outlets across the country. An integral part of the company's marketing are guided wine tastings with explanations about wine accompanied by the Slovácko Jr. dulcimer band from Mikulčice. A cellar in the centre of Mikulčice, in the middle of the U myslivecké chaty area (where red wines are also aged), is used for presentations. The best samples from the 2010 vintage include the Chardonnay selection from grapes, the champion of the regional exhibition in Podluží. From this vintage, we also highlight Riesling and Děvín (the Děvín variety is one of the most consistently successful wines of Petr Marada).