The origin of the Blue Portugal variety is unknown but it certainly does not come from Portugal. In our country, it is actually grown everywhere, the most widespread is in Slovácko and Velkopavlovice. For example, in the Czech Republic there are great Blue Portugal wines in the Litoměřice, Roudnice or Čáslav regions, and in Moravia around Kyjov, Uherské Hradiště or Hodonín.

It is usually lower ruby.

Tones of stone fruit or black spice. It also often excels with the floral scent of violets, peonies, etc.

It is velvety, harmonious and pleasant. It has a lower proportion of acids and a lighter body. 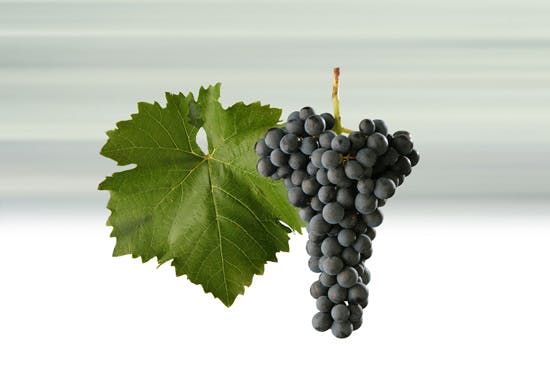 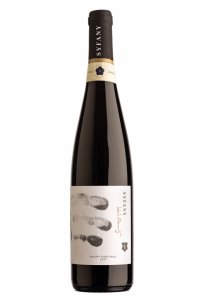 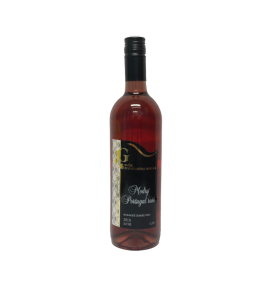 Modrý Portugal rosé
All wines of this variety

Synonymum: Blauer Portugieser, Portugieser Blau.
3.9% of the total vineyard plantings.
Entered in the State Register of Grape Varieties in 1941.

Wines were often consumed during sociable get-togethers in the taproom in the vintner\'s home, during which cold meat platters were served.

Legend has it that in the year 1772 Count de Fries summoned several vintners from the environs of his château in Bad Vöslau near Vienna and presented them with bundles of vine cuttings of a grape variety which he had received from his business agency in the town of Oporto in Portugal. The variety soon acquired such pre-eminence, that after some years two-thirds of local vineyards were planted with the grape now called Blauer Portugieser which, according to the municipality records, was then also known as \"Vöslauer\". Cultivation spread into the neighbouring Baden region and gradually throughout the entire monarchy. In 1848 in Bad Voslau the local firm of R. Schlumberger produced the first-ever sparkling wine from Blauer Portugieser, which went on to receive a tremendous reception far beyond the Austrian borders.

Blauer Portugieser, in Czech Modrý Portugal, Hungarian Oportó, in the Balkans Kraljevina, in France Portugais Bleu is of vigorous growth and the vines enjoy a great vitality. Leaves are medium to large, light-green, smooth and are not deeply indented. Maturation of the thick wood is moderate and the vine is not very resistant against frost. Resistance to fungal diseases is also low. With regard to vineyard positioning it is quite adaptable, though it must not be grown in low-lying land in the valleys. It is tolerant of drought. Yields are high after mild winters. After frost damage the vine soon recovers and regenerates its losses. Clusters are large, conical, medium-thick. Berries are medium, circular, with thin skins of blue colour. The flesh is somewhat dilute and has low acidity and must-weight levels. Grapes may serve as an undemanding table variety.

In this country Blauer Portugieser was once the most widespread black variety not only for its abundant crop but also for the good drinkability of its supple aromatic wines, which used to accompany the working breaks in the fields as well as everyday meals. The redness of the hue of the wine corresponds to the size of the harvest, but it is always less intense. Young wines have a soft floral nose, which can be immensely pleasing, and if this is supported by a youthful harmony, it can be like an invitation to regular quaffing.

Using special technology - so-called carbonic maceration - it is possible to shape a very pleasing style of youthful red wine from this variety, such as is marketed under the title \"Saint Martin’s Wine (Svatomartinské víno)\" which is released on the day of the feast of Saint Martin (Martinmas) on 11th November, just before the arrival of Beaujolais Nouveau, to which it can be daringly compared. The wine of this variety is sometimes used in blends with Lemberger (Frankovka), in order to achieve a more rapid maturation with a view to reducing the astringency and tannins of the latter. Such blended wine used to be made near the Slovakian frontier where it was known as \"Slovácký granát\" and enjoying tremendous popularity.

Wines were often consumed during sociable get-togethers in the taproom in the vintner\'s home, during which cold meat platters were served. The lighter wines of this variety are excellently thirst-quenching, and are suitable as accompaniment to a wide variety of dishes, for their neutral qualities do not interfere with the food in any way. They also make ideal partners for well-ripened cheeses.

Light ruby colour, with a youthful nose of flowers, are the most typical attributes of these wines. The wine is low in tannins, light, very pleasant to the nose and palate, succulent and harmonious.