The dominant landmark of the Mikulov sub-region, characteristic and visible from a long distance away, is the limestone massif of the Pavlov hills. On their slopes and also in the wider surroundings limestone-clay and sandy soils are prevalent, as well as enormous loess drifts.

The Mikulov sub-region is one of the main wine-producing centres of the Czech Republic.

The Mikulov sub-region is one of the main wine-producing centres of the Czech Republic. Meanwhile the town of Mikulov forms its natural centrepiece. The superb vineyard sites however cover not only the area immediately around the town but also several other towns and villages in the surrounding areas. A prominent position among these has been gained by the town of Valtice. In the cellars of Valtice château is the year-round open tasting exhibition of the Wine Salon of the Czech Republic, showcasing the best-rated wines in the National Wine Competition.

Valtice is also home to the oldest wine school in the country. Among others in the Mikulov sub-region, the villages of Sedlec, Dolní Dunajovice, Pavlov, Perná, Dolní Věstonice, Horní Věstonice, Novosedly and Brod nad Dyjí occupy an illustrious position thanks to the quality of their wines. The Mikulov sub-region is also a favourite tourist attraction. Among the most visited places is Pálava - the last projection of the Pannonian steppes and the northernmost promontory of the limestone Alps, standing out in the gently undulating landscape set on the edge of the floodplain forest lining the lower reaches of the Dyje (Thaya) river and the Lednice-Valtice area, which was entered into the UNESCO List of World Cultural Heritage Sites in 1996.

Meanwhile the town of Mikulov forms its natural centrepiece. 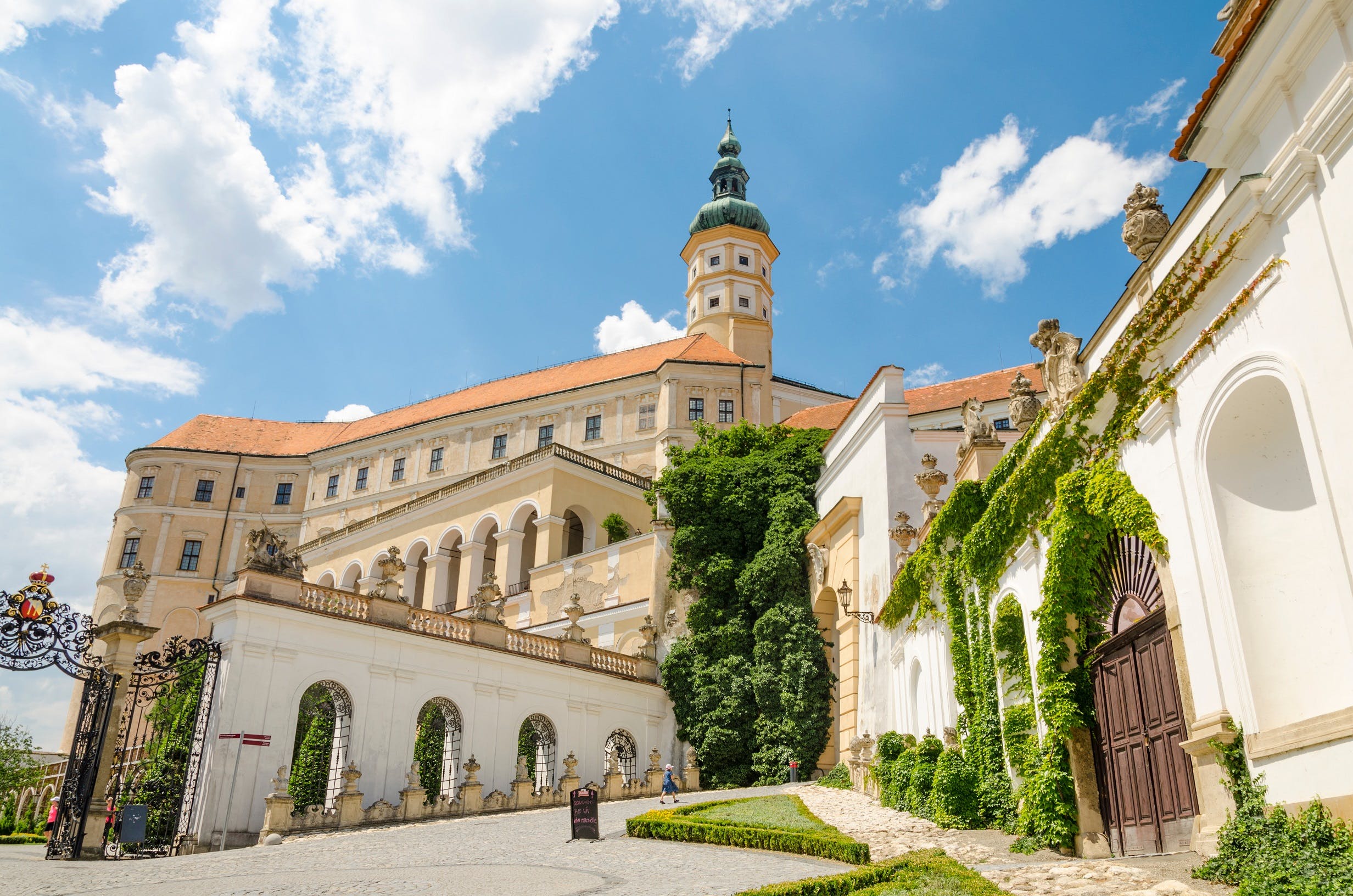 The dominant landmark of the Mikulov sub-region, characteristic and visible from a long distance away, is the limestone massif of the Pavlov hills.

On the calcareous soils in the area around the Pálava hills the Welschriesling grape variety gives an unmistakeable character of distinctive minerality. Pinot Blanc and Chardonnay of local provenance are also endowed with high quality. An excellent Grüner Veltliner comes from the clayey soils of the Dunajovice heights.

In the Mikulov sub-region the following varieties give good account of themselves generally: you will discover here fine Müller-Thurgau, Neuburger and Sylvaner, especially around Valtice. To the north of Pálava around the villages of Strachotín, Pouzdřany and Popice, Riesling and Gewurztraminer do very well, as does the Pálava variety, this last being quite literally at home here, having been created at the Vine Research and Breeding Centre at Perná, along with other grape varieties such as Aurelius. 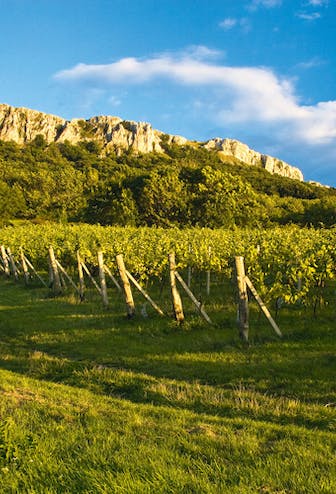 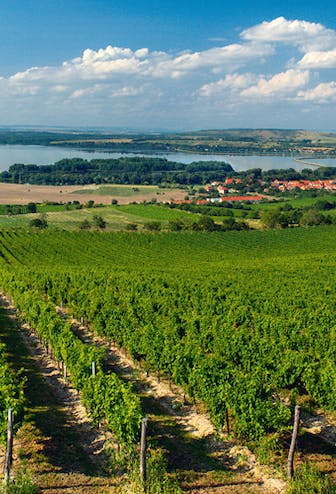 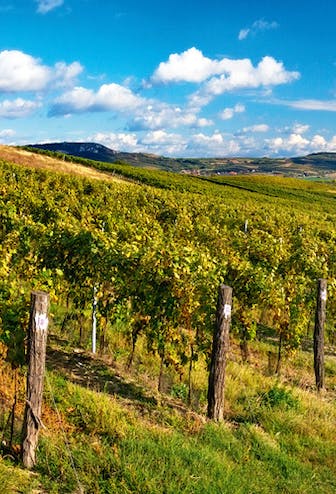 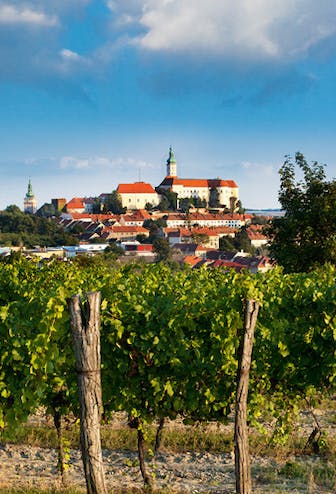