Radovan Foukal had a tradition of small-scale wine production in his family, but it was only when he married into his wife Lenka's family that he started making wine on his own. Since then he has slowly expanded his winery and since 2006 he has made it his main profession. On 2 hectares of vineyards in the Kozí Horky area (mostly newly planted after 2000) he grows a wide range of grape varieties, traditionally among the best are Pinot Gris, Hibernal and Děvín. In 2013 Radovan Foukal completed the renewal of older vineyards and newly planted Veltliner, Palava and Pinot Blanc. He also uses grapes purchased from vine growers in Přítluk and Rakvice to produce around 12 000 litres of wine a year. He built the cellar with his own hands in his home environment. The vinification process mixes tradition with modern knowledge - the grapes are pressed on a pneumatic press, the musts are decanted, they are not fermented with noble yeasts, and fermentation takes place at a controlled temperature. The blue varieties are fermented in open vats for a longer period of time and undergo targeted malolactic fermentation. Most of the production is trained in plastic tanks. About a third of the production goes into bottles. Only smaller batches are kept in the Moravian land category, otherwise the wines undergo official classification. For smaller groups of up to ten people and for presentations during open cellars, Radovan Foukal uses the cellar in the square, which houses the municipal wine cellar. The winery's plans include the acquisition of new technology and further planting of vineyards, but the whole enterprise should be maintained on a small family scale in the future. 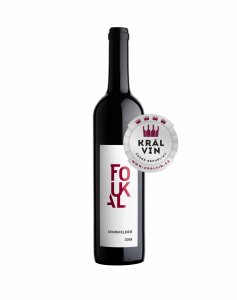 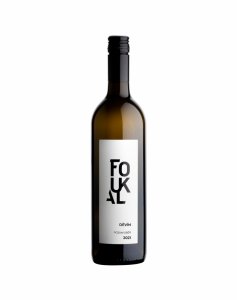 Ryzlink vlašský
All wines from the winemaker
Go to e-shop

From the 2013 vintage, we highlight in particular the Blauburger selection of barrique grapes, (sale 4/2016).