The Slovácko sub-region lies in the south-east of Moravia and is endowed with very diverse natural conditions. The southern part of Slovácko is taken up by the land of Podluží. Most of the wine villages lie along the river Morava (March) which is cooled down by north-westerly breezes.

The most suitable vineyard sites are found on the hillside terrain of the fault line of the Kyjovka river or on the higher lying plains with light soils. The lower altitudes combined with the light soils of the lower elevations raise the intensity of the summer temperatures. Consequently wines from here tend to have pronounced varietal characteristics. Riesling and Pinots Blanc and Gris give of their best along with red wines from Frankovka (Blaufränkisch/Lemberger), Zweigeltrebe and in the village of Moravská Nová Ves the newly created variety Cabernet Moravia.

The most suitable vineyard sites are found on the hillside terrain of the fault line of the Kyjovka river or on the higher lying plains with light soils.

To the north of Podluží we find rugged hilly terrain with higher placed vineyard sites, where the wines are still full and round, though with a more refreshing character. Hereabouts lies the highly regarded wine hub of Mutěnice with its Vine Research and Breeding Centre and Polešovice where our most widespread home-grown variety Moravian Muscat was created. The northern sector of Slovácko is formed on the western, viniferous side of the Ždánický forest and includes the villages of Ždánice, Archlebov and Žarošice. Vineyards are scattered sparsely along the region becoming denser around Kyjov, Moštěnice, Vážany and especially around Polešovice. The northern promontory of Slovácko is the Uherské-Hradišťě segment with splendid vine-growing sites in the area around Boršice u Buchlovic. Here Riesling, Pinot Blanc, Moravian Muscat and Müller-Thurgau all excel. The town of Bzenec is an important wine centre. One of the very first wine cooperatives in the country was formed here giving us the celebrated brand Bzenecká Lipka, a cuvée produced exclusively using grapes of the Riesling grape variety.

The eastern part of the Slovácko sub-region is taken up by the foothills of the White Carpathians. As opposed to other Moravian wine sub-regions there are many vineyards planted on heavy soils composed of original clay. These soils hold moisture well, the vines drawing water and nutrients from them even during dry seasons. This adds the impression of a higher extract and an opulent taste to the wines. In these conditions all the Burgundian varieties are doing well here along with Sylvaner.

The administrative centre of the area has always been Strážnice, which was given Bergrecht Rights in 1417 by Petr of Kravaře.

Where the soil is stony and more heat-reflecting, Riesling will give its very best. The town of Blatnice pod Svatým Antonínkem is the home of the famous Blatnický Roháč, the brand wine created from Riesling, Pinot Blanc and Sylvaner. In the neighbourhood of Blatnice are the extensive vineyards of the village of Lipov.

The administrative centre of the area has always been Strážnice, which was given Bergrecht Rights in 1417 by Petr of Kravaře. Strážnice, similar to Blatnice, boasts a range of very fine individual vineyards near the village of Petrov, which is situated near a protected locality filled with interesting buildings - the romantic wine-cellar settlement known as "Plže". 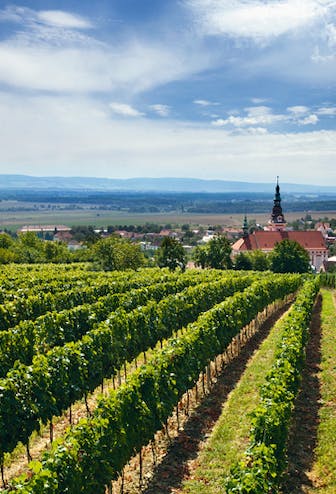 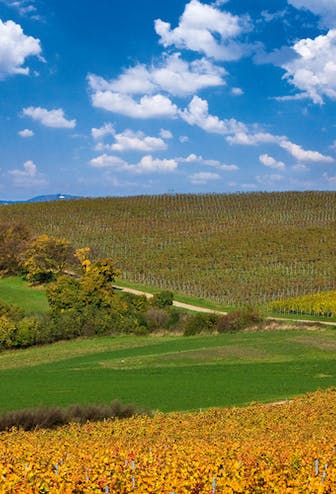 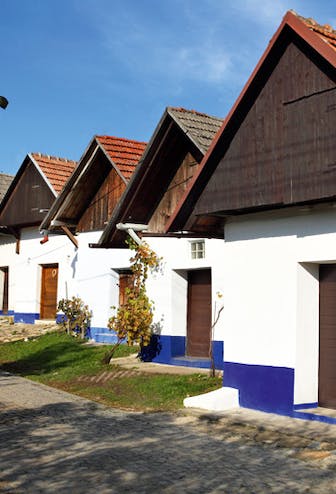 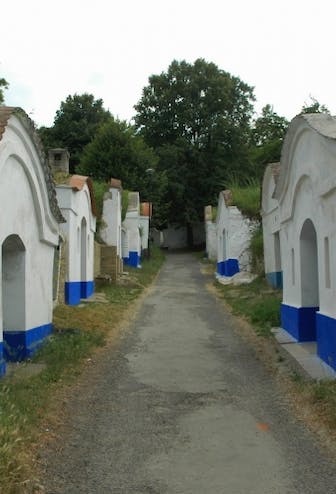 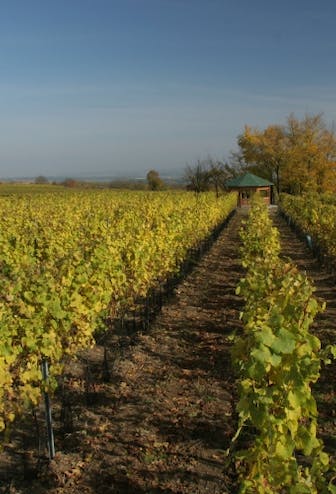 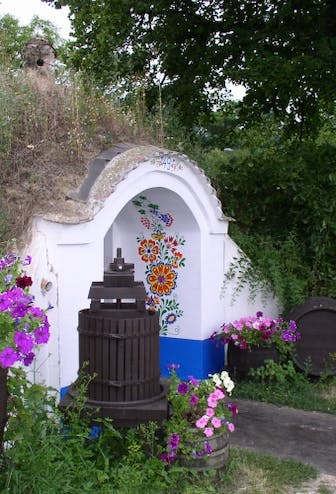 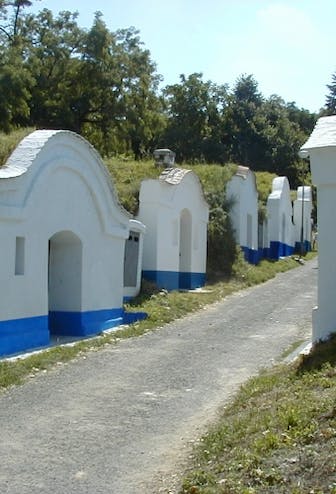