The winemakers of the Czech Republic have become European football Champions!

Moravian and Czech winemakers managed what our hockey and football representatives have not succeeded in doing for a long time. During their second participation in The Europian Championship of Wine Fotball Team – VINO EURO 2022, moreover, at home, the FC Czech Wine Team, composed of domestic winemakers, won. In the final, which took place on Saturday, 4 June, in Uherské Hradiště, they defeated their colleagues from Slovenia 6: 1 and won gold medals and the title of European Champions. 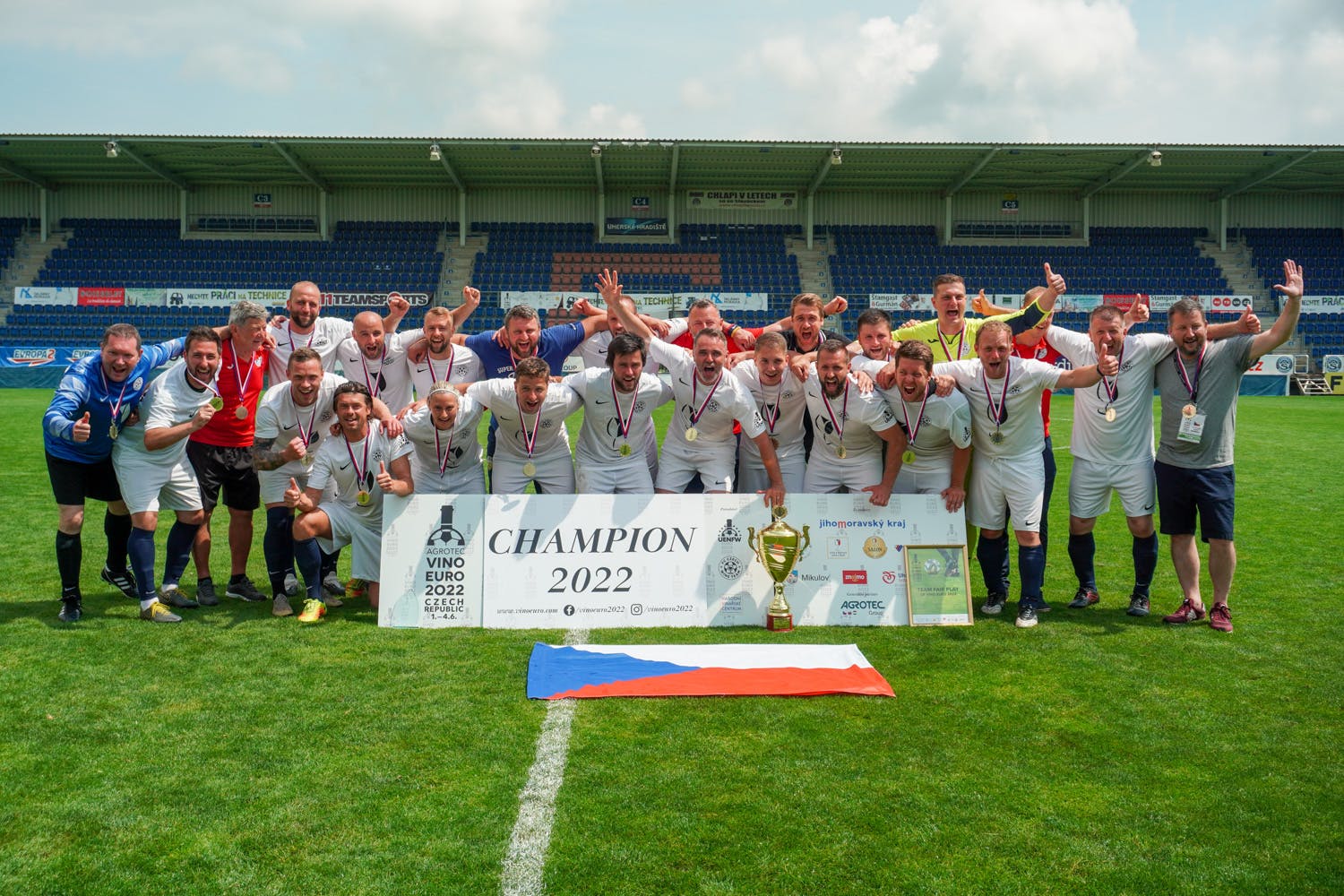 The national team went through the tournament without hesitation. They won their basic group by first defeating Hungary 3:0, then Portugal 3:1 and finally Austria 3:2. Our winemakers, supplemented by two personalities, former Sparta Prague forward David Lafata and commentator Jaromír Bosák, advanced from first place and competed with winemakers from Germany. They fought the most balanced duel with them when after the standard playing time at 0:0 it was the turn of the penalties. The Czech team managed them better and won with a ratio of 5:3. In the final, the team defeated Slovenia 6:1, when the player David Michna scored a hat-trick and also became the best scorer of the tournament with 5 goals.

"We managed to organize a great sporting and social event, thanks to which the professional and occupational ties between the winemakers of the individual states were strengthened. All this in a fun way, i.e. a combination of wine and football, which may be a little surprising for some. But as it turned out, it works really well. Everyone had a good time and is already looking forward to the next year. The icing on the cake is, of course, the victory of our team, which pleased us all, and I personally believe that next time we will defend it," said Stanislav Tkadlec, president of the FC Czech Wine Team national team and organizer VINO EURO 2022, adding: "not only skilled winemakers with great wines but also other experts in the field, especially teachers and also 40 students from European universities, specifically from the faculties focusing on viticulture and winemaking. Many new and direct contacts for our future activities were created. Overall, it was also a great presentation and promotion of Moravian and Czech wines."

The third place went to the German team, which performed a sensational turnaround in the bronze medal match against Portugal. After the first half, they were 0:2 down, but Mario Görgen scored four goals after the break to secure the medal for his team. Italy finished fifth, Austria sixth, Hungary seventh and Switzerland last. In addition to the gold, silver and bronze medals, other awards were also presented. Portugal's Duarte Salazar Leite was voted the best player of the tournament, while Italy's Nicolo Frongillo was the best goalkeeper for the fewest goals scored against him in the tournament (2). The Fair Play Award for the fewest yellow cards in the tournament also went to the home team FC Czech Wine Team, and a special Fair Play Award was given to the team from Switzerland who showed solidarity and sportsmanship. 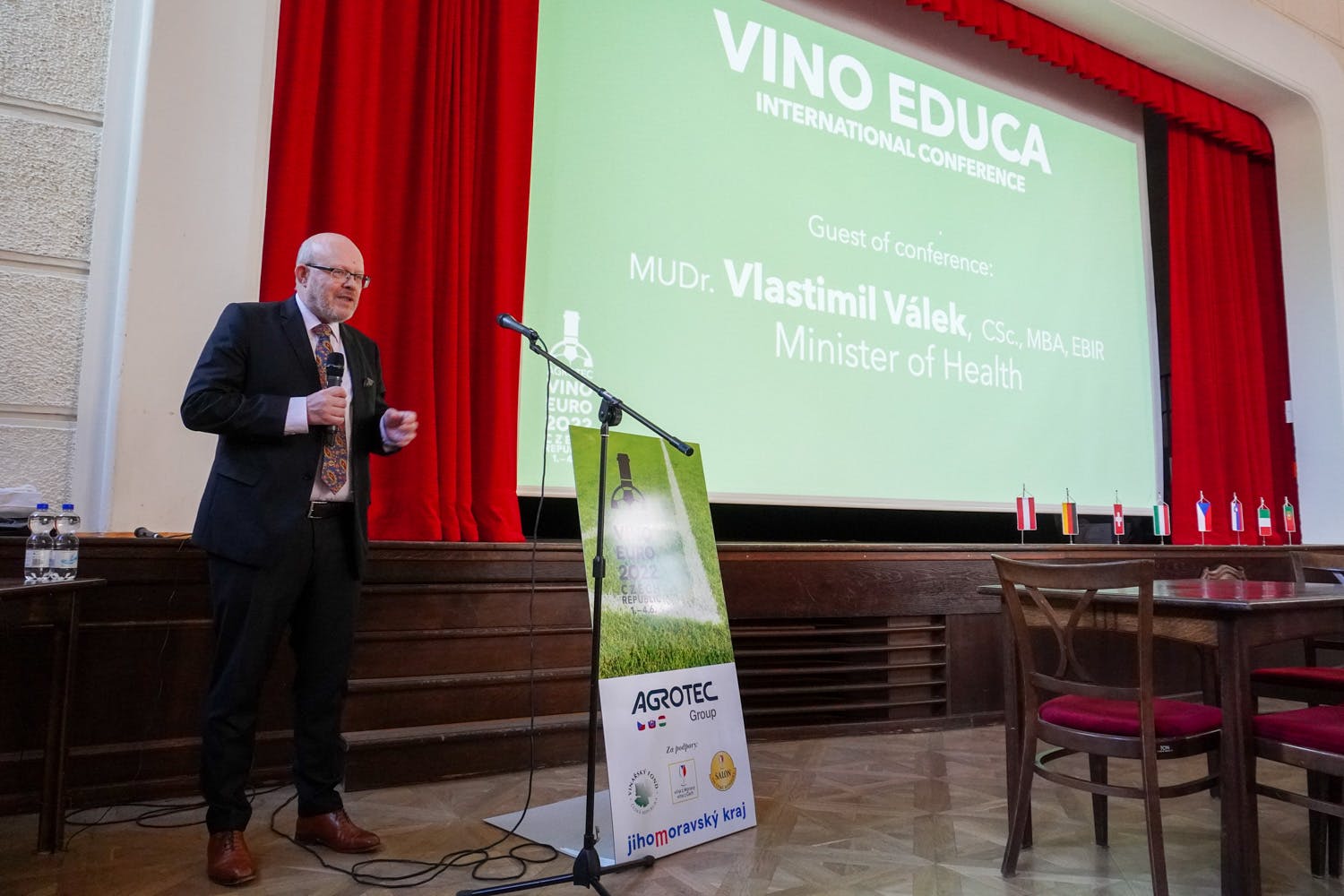 The Europian Championship of Wine Fotball Team is held every two years and involves eight teams from Europe. The seventh edition was hosted by the Czech Republic from 1 to 4 June. The preliminary group matches were played in Znojmo, while the final matches, including the final, were played in Uherské Hradiště. The tournament also included an international conference – VINO EDUCA – held on 2 June in Mikulov, which brought together experts from various European countries, both from partner wine or viticulture universities and experts from other disciplines. The thematic focus of the conference was on the issue of self-regulation

VINO EURO 2022 was organized by FC Vinaři České republiky, z. s. together with UENFW – Union of European National Football Teams of Winemakers and the National Wine Centre in Valtice. The general partner is the Agrotec Group. The event was held with the support of the South Moravian Region, the Wine Fund, the towns of Znojmo, Mikulov and Uherské Hradiště, the Union of Winegrowers of the Czech Republic and the South Moravia Tourism Centre. The guarantor of the rules of the tournament and the legitimacy of international player registrations under the UENFW organization was the general secretary of the organization, Ms. Erica Fischbach, who deserves a huge thank you for her long-term work. 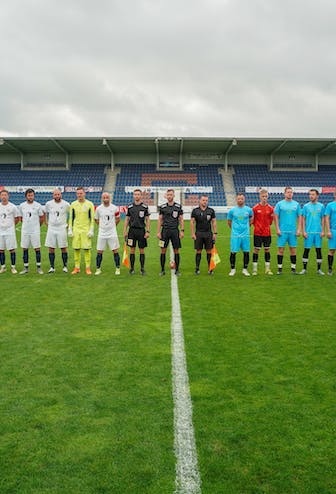 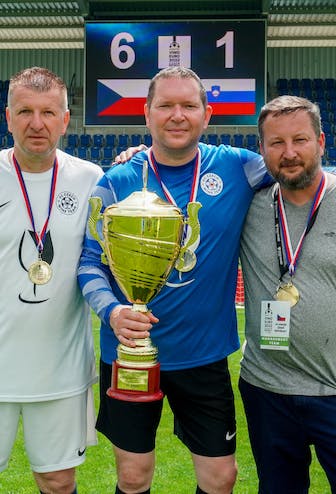 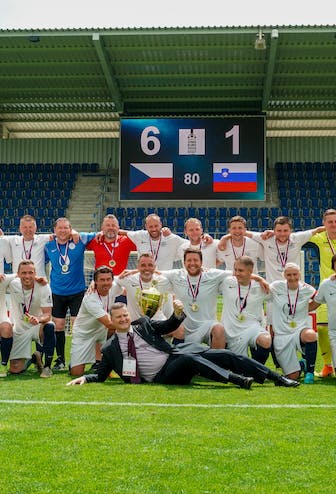 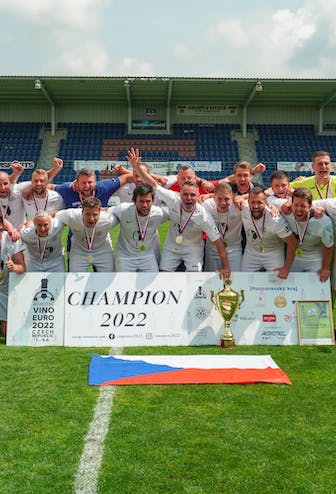 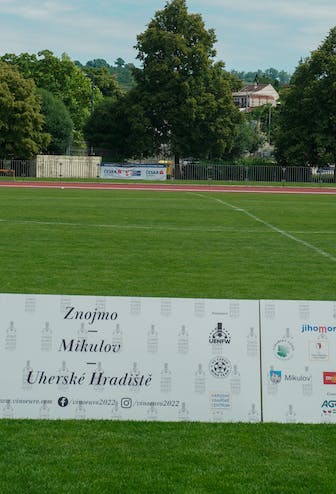 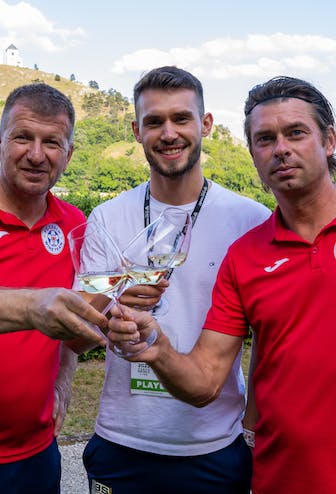 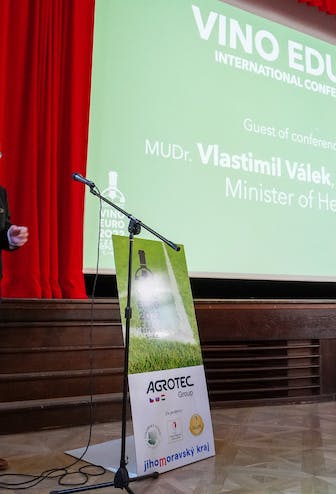 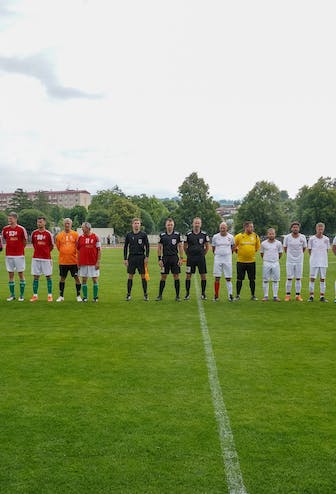 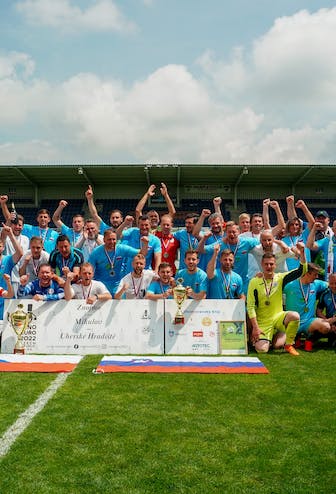 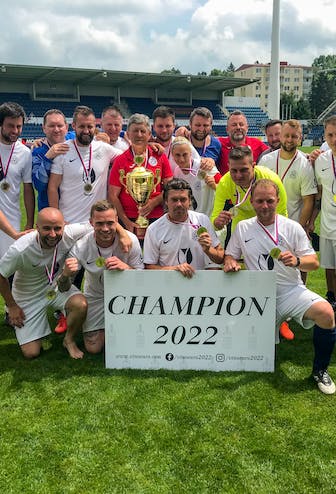 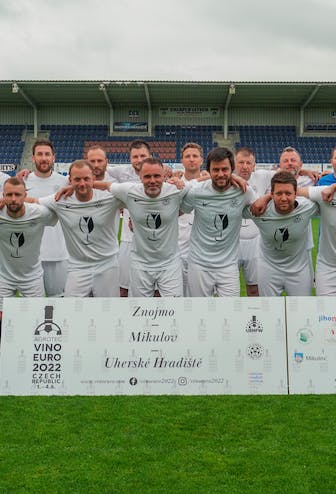 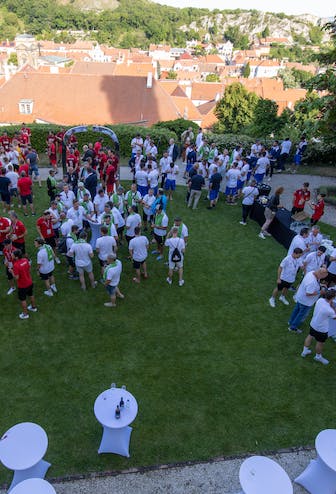 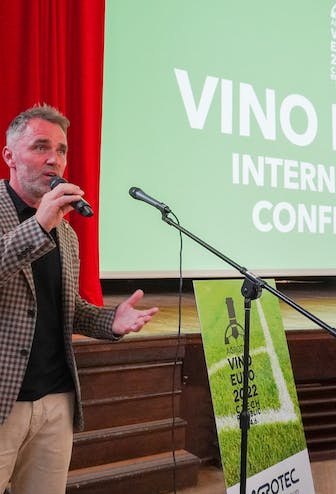 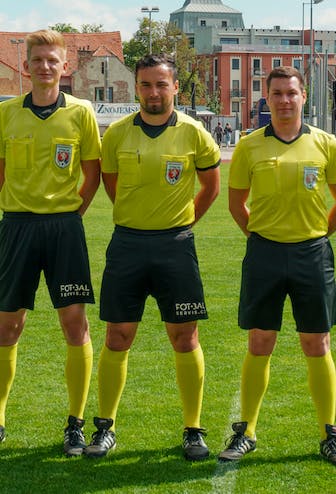 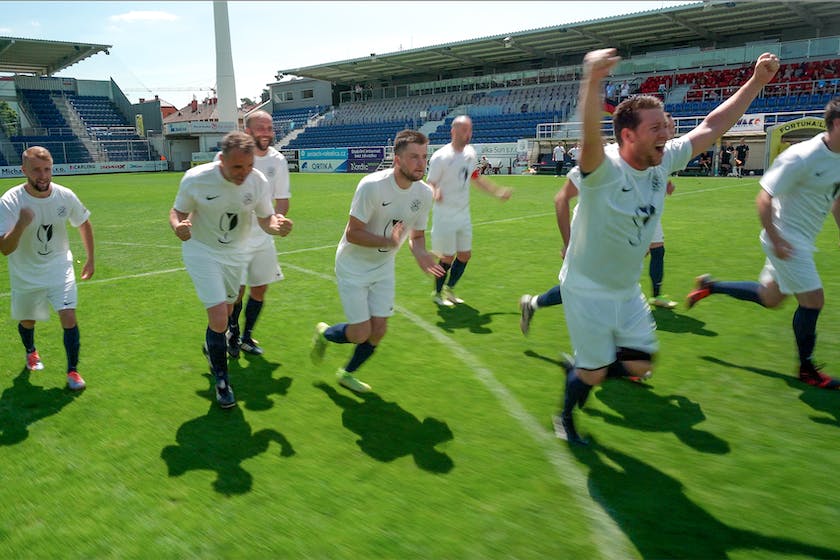 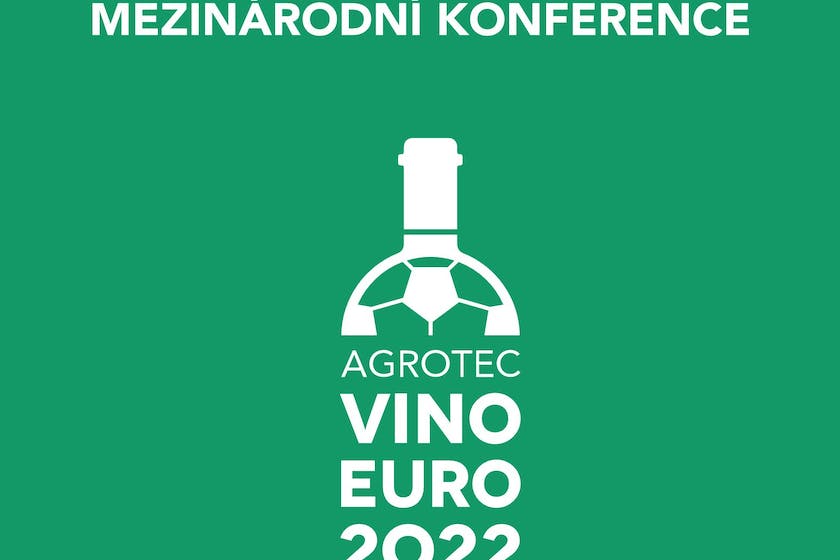 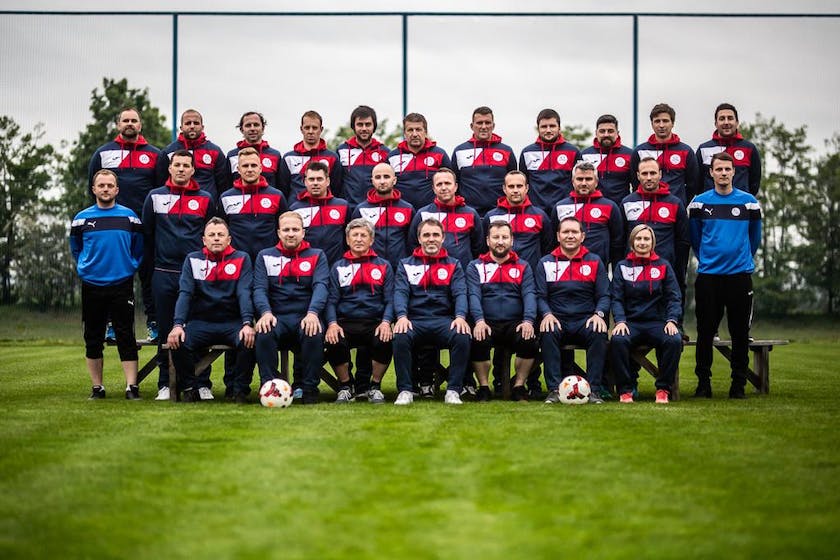